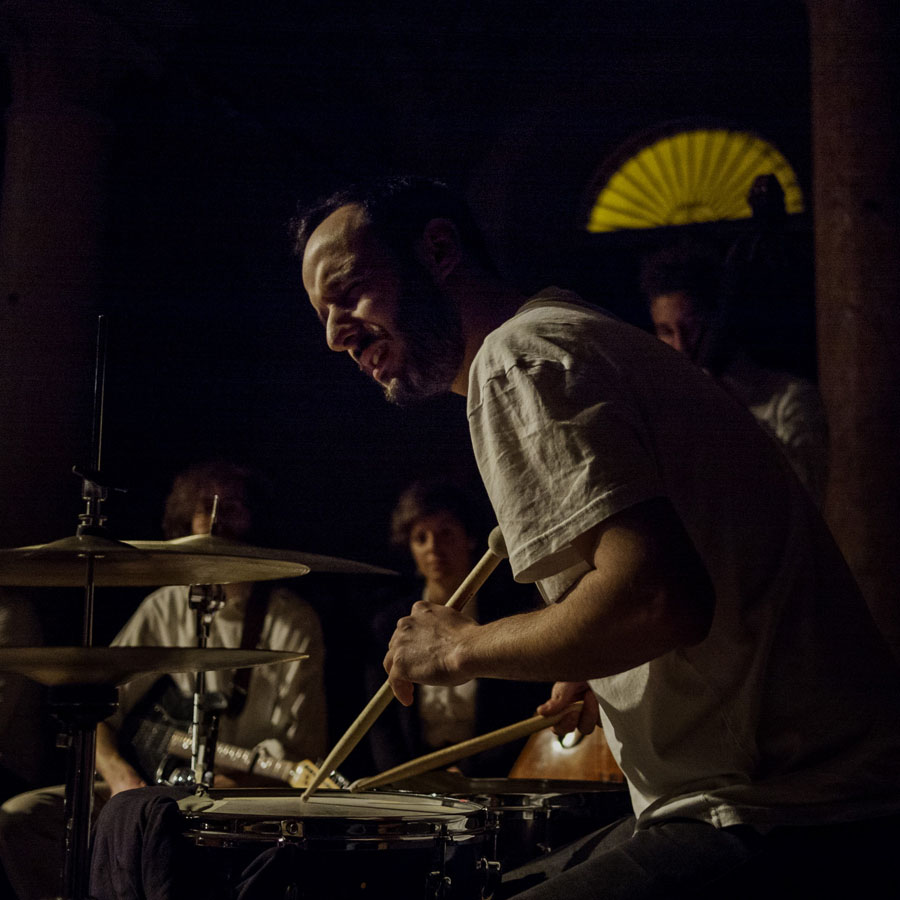 Started studying the instrument by himself and than undertakes further studies with several drummers including Michele Rabbia, Cristiano Calcagnile, Eddie Prevost etc…

From 2010 starts his personal timbre/musical research relative to conventional percussions, objects and recycled materials expanding his percussive set and “preparing” it.

In the same year he begins the study of “Jazz and Harmony” with Gianfranco Fedele.

In 2011 begins the “Permanent Laboratories for Musical Research” under the supervision of Stefano Battaglia at Siena Jazz.

He is an active musician and performer in theatrical scene accompanying actors, dancers and readers.